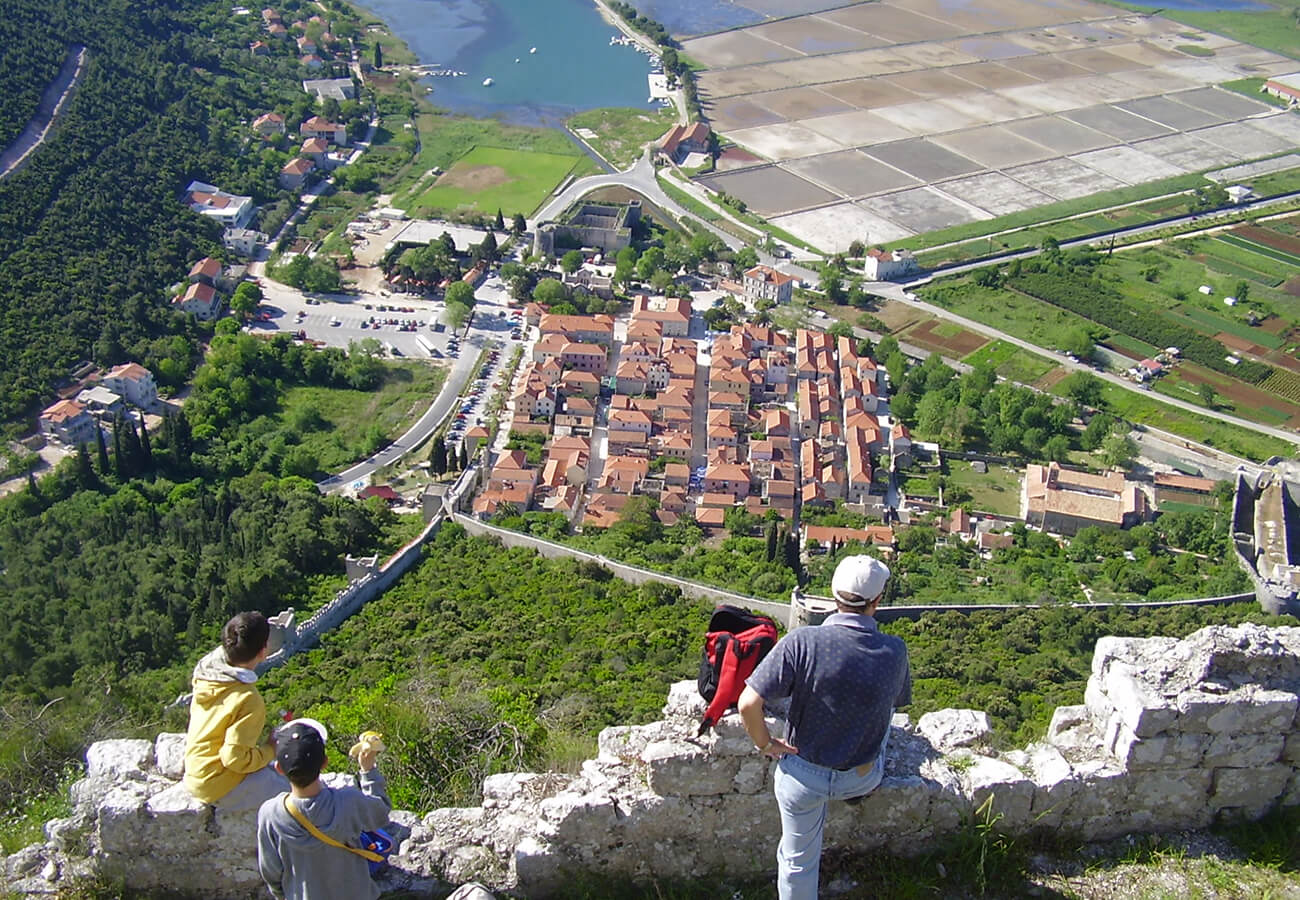 The town of Ston sits on the cape of the land connecting the Pelješac Peninsula to the mainland. Ston is really two towns in one, linked by 3 km of hillside-hugging fortifications. Ston, called Veliki (Great) Ston to distinguish it from its smaller sister Mali Ston. The town is by and large known for three things – its very well preserved town walls, its salt works, and its mussels!

The Walls of Ston are a series of defensive stone walls, originally more than 7 kilometres (4.3 mi) long, that surrounded and protected the town in the Republic of Ragusa. Today, it is the second-longest preserved fotification system in the world, and often dubbed the “European wall of China”. Their construction began when the Dubrovnik Republic bought Ston in 1333, and set about building a system of defense to protect the salt pans that provided the town with its wealth. In total, seven kilometres of the wall were built, including three forts, 41 towers, 7 bastions and a system of moats at the Ston end of the wall. Much of this can still be seen, and the thoroughly-renovated stretch of wall linking Ston with Mali Ston can be walked in its entirety – the effort involved in tackling the steep sections is more than made up for by the views.

Despite its military history, nowadays Ston is a small, laid-back fishing town, which boasts some dramatic views – think crumbling churches, olive groves and a stunning coastline. Its proving a winner with tourists, also drawn in by the superlative oyster farms (the oysters here have been commended as some of the best in the world).

The salt pans stretching southeast of Ston are thought to be among the oldest in the Mediterranean, in more or less constant use for 4000 years.