The coastline of the island is indented and abounds with many bays and pebble beaches in the west and south while the northern and eastern parts are crowned with steep and savage cliffs. Cres is the biggest Adriatic island with several climate and vegetation zones boasting itself with a rare natural phenomenon – a freshwater lake in the very middle of the island (Vrana Lake) serving as a resource of potable water. Moreover, along with Krk and Lošinj, today Cres is considered to have one of the richest flora the largest number of which is made up of relic and endemic plants. 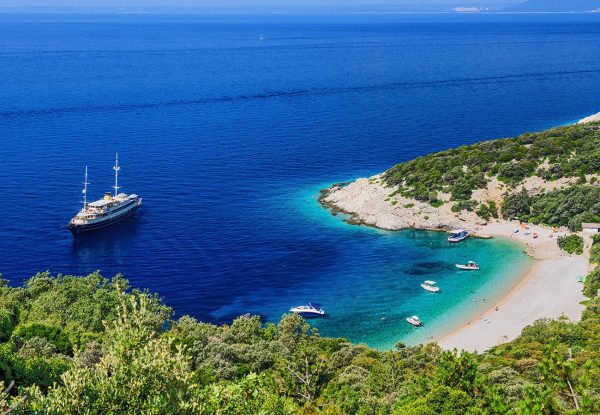